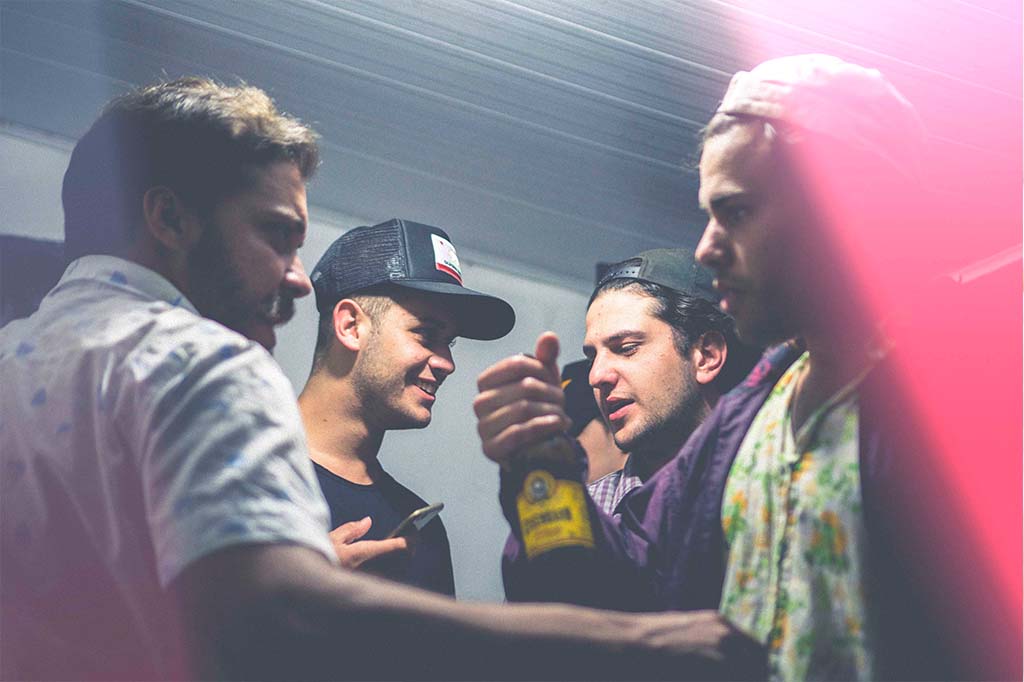 Why do some men resort to controlling their wife/partner and/or kids, a path that can escalate towards emotional, financial and domestic abuse?

In the wild, some higher primates exist in groups where there is only 1 alpha male; the rest are betas and so on down. The alpha male may be challenged by some other males from time to time but normally remain in the dominant role until they begin to age. However, in a normal human relationship, most males tend to assume that they are the alpha male, could this be one of the reasons why problems occur?

The “self-appointed” alpha males will understand that, in the real world, they may not even be beta males, but even thetas or omegas. This is not something that will sit comfortably with them and may exacerbate as their own body’s testosterone levels drop and their body show physical signs of ageing. They may even see the mother of their children as having a stronger bond with their children, friends and even external parties such as the gas boiler repairman. The resentment may grow and therefore result in them needing to dominate those closest to them in order to try and restore the balance.

It’s worth pausing to consider who amongst those you know at work and socially, you would class as an alpha male. I’ve had some very interesting discussions with friends about this!

Who is the guy that pretty much everyone would follow, and the women wouldn’t say no to? Even in the male dominated world of the Royal Marines, there is generally only 1 alpha male: he may not be the strongest and fastest, but he’s the one whose plan you would vote as the best. He may not look like Chris Hemsworth, but he’s the guy who has that inner confidence. His bank account may not be with Coutts, but you would follow him into the wild and know that he would care and provide for you.

I think I’ve only met 1 or maybe 2 such people in my life to date.

As parents, we dread our daughters failing into an abusive relationship, where they are not only trapped by their children, but the emotional and inevitable financial knots that occur. Even if we can spot the signs in a prospective partner, would our daughter listen to us – love is blind.

That colleague/friend may be smiling, but do you really know how her heart sinks when she gets home because the abuse will start again?

I don’t have any easy solutions to this issue, but maybe we can start by talking to our children about this when they are reaching adulthood. Perhaps we should tell our sons that it’s OK to be a beta male – they are just as likely to have a good life and have friends who will like them.

And the next time you’re in the pub or have friends round for dinner, why not ask them who they think is an alpha male?!