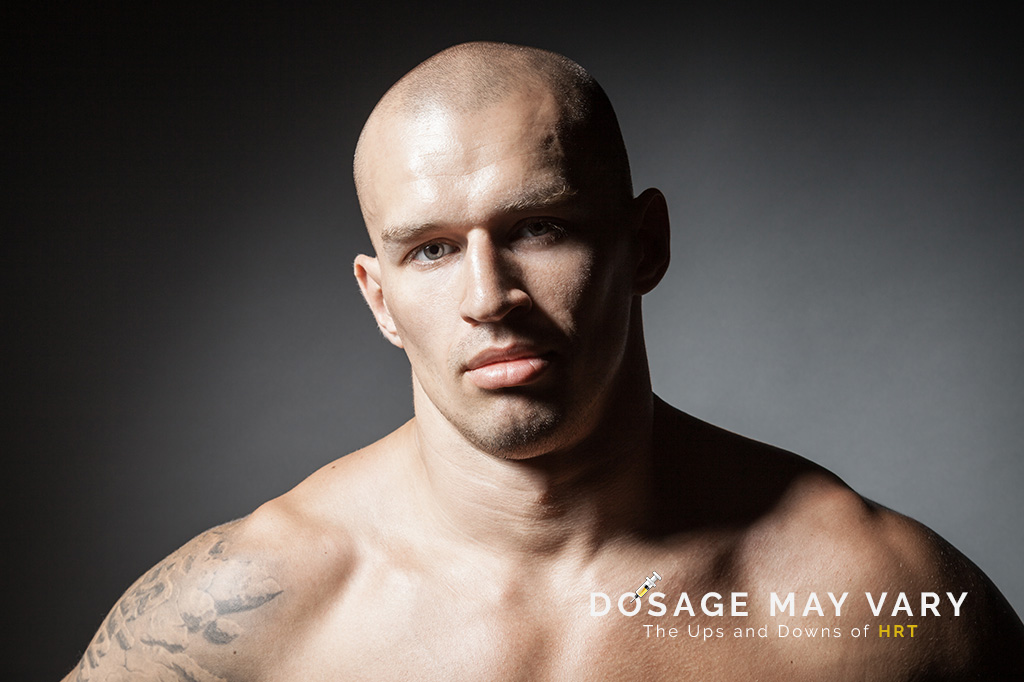 Testosterone replacement therapy, when administered correctly and with close monitoring, can lead a host of positive effects. Many men enjoy a healthier sex life, more energy,  increased Libido, increased assertiveness and much more. However, that’s not to say there aren’t some side effects, one of which may  include hair loss as reported by some TRT users.

Dihydrotestosterone, or DHT, is a synthetic version of your body’s testosterone. It’s important to note that the conversion of testosterone to DHT happens naturally and at a unique level for every individual.  Studies have shown DHT as a primary driver behind hair follicle miniaturization, which often leads to shedding and male pattern baldness. Some have argued that the increase in testosterone directly contributes to male pattern hair loss due to the fact that, when it combines with enzyme 5-alpha reductase to make DHT, it affects genetically predisposed hair follicles on the scalp. Weaker hairs are produced, and, if untreated, eventually no hairs at all. However, it does not follow that more testosterone means more DHT and more hair loss.

Your particular genetic traits are single handedly the biggest factor in whether or not you’ll experience male pattern baldness. While hair loss may vary for each person on TRT, there does appear to be a correlation between increased testosterone and the synthesis of DHT.

My personal experience? My beard is much thicker than it used to be since starting TRT. As for my hair, I was showing early signs of balding before starting TRT. While I still have some hair on the top of my head, I suspect most of it will be gone in the next couple of years. Interestingly, my brother, just a few years younger than me, appears to be balding at roughly the same rate as me and he is not on TRT.  It’s my opinion that if your predisposed to balding, TRT may speed up the process slightly.  It bothered me during its early stages but I’ve gotten used to it. And it really hasn’t deterred the occasional look from the opposite sex while out in public, in fact if anything, it’s helped. A thinly shaved head and 5 o’clock shadow suites me well.

The benefits of TRT far outway the negatives when administered correctly. My suggestion? Shave your head, skip the barber and put that extra cash towards a gym membership. A healthy mind, body and soul will always be far more attractive than a full head of hair.

Low Testosterone? Why you should avoid BPA.